Sonia Gandhi's First Love affair!
This is a Love Story that the Indians may not know! This had happened before Antonia Maino ever met Rajive Gandhi in England! So we wish to call this 'EXCLUSIVE' for our Indian Readers! 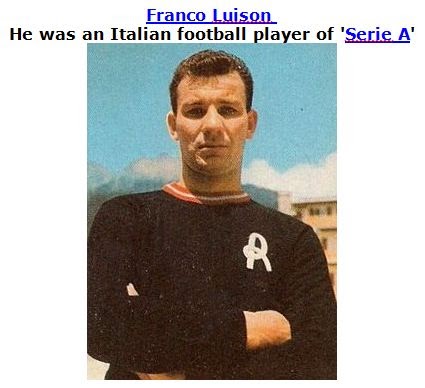 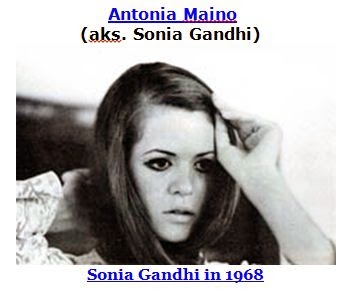 Franco Luison, recollects in this interview to an Italian magazine 'GENTE' of his four years of love story before she had met with Rajive.
My love affair with Antonia Maino
"We were in love and happy everywhere"
Our family were very happy and eager to know that we were in love. Her parents uses to accommodate me with great pleasure at their home of Orbassano near Turin where they were transferred in the 60's.

She loved me and wanted to marry me, not the son of Indira.
We met for the first time at the see shore of Jesolo in the 60's, when she was 14.

I was 26 when I met her for the first time under the shade of my beach umbrella, then I was famous, not Sonia! It seemed like a summer flirt for the first time but lasted for four years and our respective families were happy to see us together. Every sunday, after match, I used to go to Orbasano to meet her.  Her family always received me with great pleasure and courtesy.   Will remain with her until tuesday, before return for the practice.
Antonia with Franco
Lusiana,1964 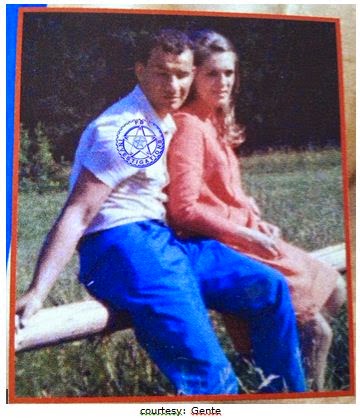 Football was not her passion, though rarely turns up in stadium to see me in action. When finish the championship, during the summer, we used to go to Vicenza  for weekends!

I was the first great lover of Antonia. Our love story lasted for 4 years. She wanted me to promise her to marry, but I use to postponed each time. Then she went to England where she met Rajiv Gandhi.

In 1964 she made a decision to go to England. Though I wasn't happy, she made her trip. She narrated me in her letters everything she was doing. Once she came back for vacation and spoke of Rajive, son of Indira Gandhi, and "I'm invited to meet his mother and will be going to Delhi soon", she added. When she came back from New Delhi, she was convinced that will marriage Rajive Gandhi.
Though it hurt me very much, farewell to our four years relation wasn't very tragic and our goodbye was in a very gentle manner.

He still keeps friendship with her family, and meets them at-least twice an year to exchange gifts during feasts. Nora, wife of Franco remember: "I was jealous of Sonia, for all his friends use to speak about her when I started our relation in the late 1964. "I was afraid one day Sonia would come back and I will loose Franco!" she added. 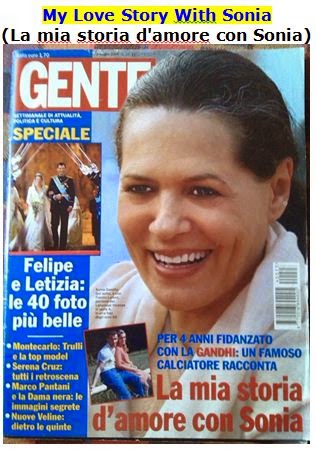 So, Rajive Gandhi was her 'second' love at first sight!

Source
This is an interview published on GENTE, an Italian Magazine to Franco Luison by Luca Angelucci.
Cover story: 'La mia storia d'amore con Sonia'
(GENTE, Year XLVIII N.23, 2004 June 3)
________________________________
Antonia Maino
Born at Lusiana, a small town in the province of Vicenza,  Veneto,  Italy, later transferred to Orbassano  in the Province of Turin, Piedmont region Italy. While studying English at a language school in Cambridge, England, she met Rajiv Gandhi. The couple married in 1968 and knows as Sonia Gandhi.

Stop Terrorism and be a human